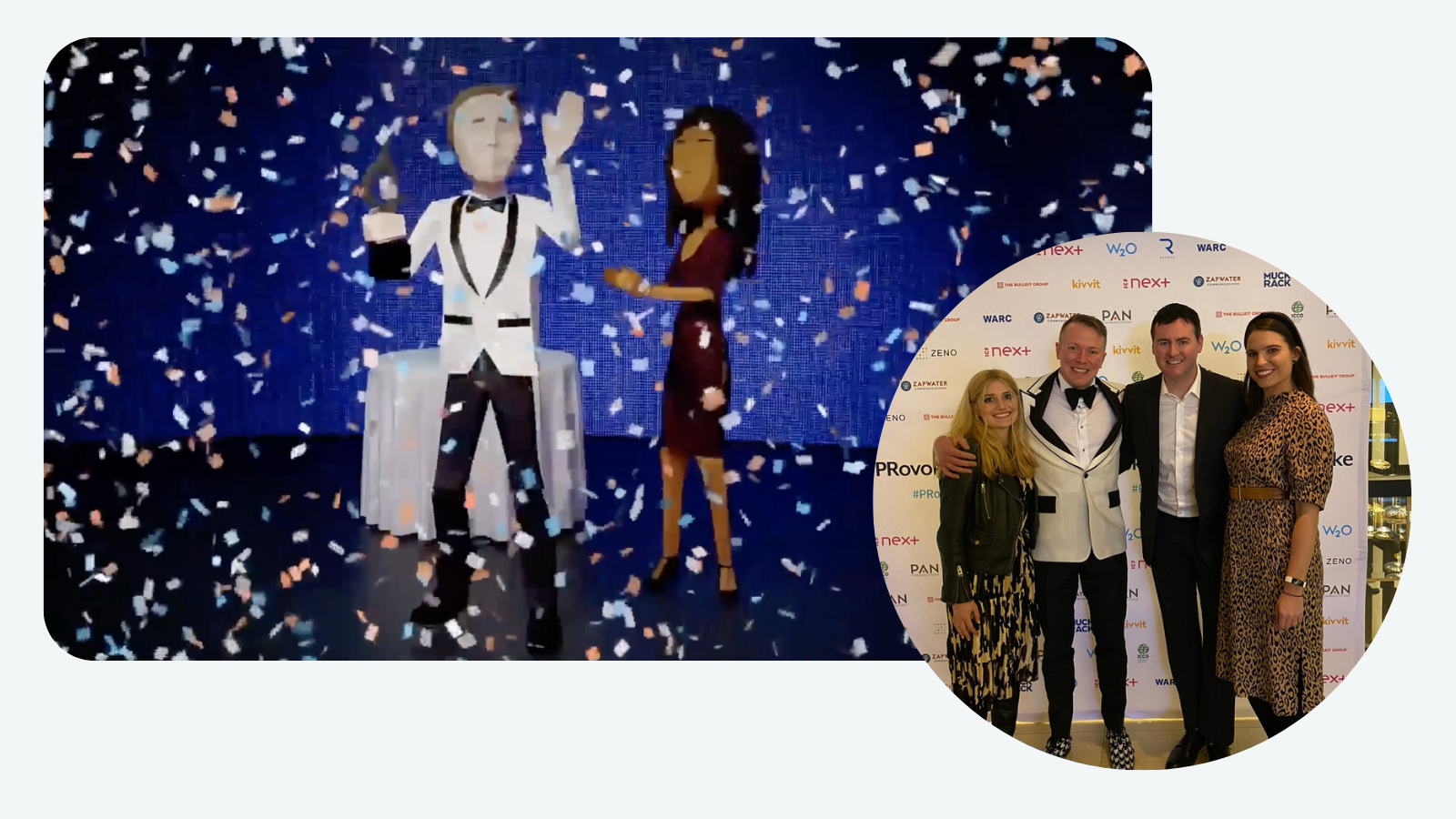 SAN FRANCISCO—February 25, 2021—Bospar, the boutique PR firm that puts tech companies on the map, has earned top awards for campaigns for clients Prodoscore and Yellowbrick and the Innovator of the Year award in the 2021 Innovation SABRE Awards-North America.

The winners were announced yesterday at the virtual Innovation SABRE Awards as part of PRovoke North America 2021.

“I am so proud that PRovoke and the industry have recognized the innovative work that Bospar is doing, whether it’s social media, business media or anything in between,” said Curtis Sparrer, a principal of Bospar PR. “Speaking of awards, PRovoke deserves one for making this awards show. They paid attention to the details, even modeling my virtual outfit from the tux I wore at the last physical Innovation SABRE Awards in Chicago. What could be cooler than being rendered virtually?”

Bospar’s campaign for Prodoscore, “Making Work From Home Actually Work,” won for Best New Product/Brand Launch. The strategic communications plan featured an exclusive report on CNBC, generating 30 inbound leads within the first hour of the broadcast, as well as coverage on the BBC, Forbes, HR.com, and 18 other outlets.

“The first time I spoke with Bospar, they came in with big ideas, offered big results, and promised a team that would work hard for Prodoscore to make us a known software company in our space,” said Nadine Malek Sarraf, Prodoscore CMO. “They have certainly delivered. I am confident the media coverage secured by Bospar has contributed to Prodoscore’s success and growing pipeline over the last few months, with an increase in potential revenue as well as opportunities in play. I look forward to our continued partnership – they’re a strong team and work hard to support their clients.”

Bospar’s campaign for Yellowbrick won for Best in Digital/Print Media – Business/Trade Media (Earned) and Best Use of Social Publishing/Blogs. The campaign featured  a survey on how the tech industry is responding to the impact of COVID-19. Bospar secured more than 20 pieces of online and broadcast coverage, including feature stories in Forbes, TechRepublic, ZDNet, SiliconANGLE, and Datanami.

Being a SABRE four-award recipient is the latest recognition of Bospar’s continued distinction in the PR profession. In addition to this most recent honor, Bospar has been selected to Forbes’ list of America’s Best PR Agencies 2020 and PRNews inaugural Agency Elite Top 100; earned four MarCom Awards, including three platinum; was named a PR World Award Grand winner; and was honored with a PRovoke’s 2020 North America Boutique Agency of the Year Award, a Gold 2020 MUSE Creative Award, and two Innovation SABRE awards. In its most recent ranking, the San Francisco Business Times named Bospar as the eighth largest Bay Area LGBT-owned business. Sparrer was named Professional of the Year by the San Francisco Bay Area chapter of the Public Relations Society of America and a 2020 PRovoke Innovator 25.