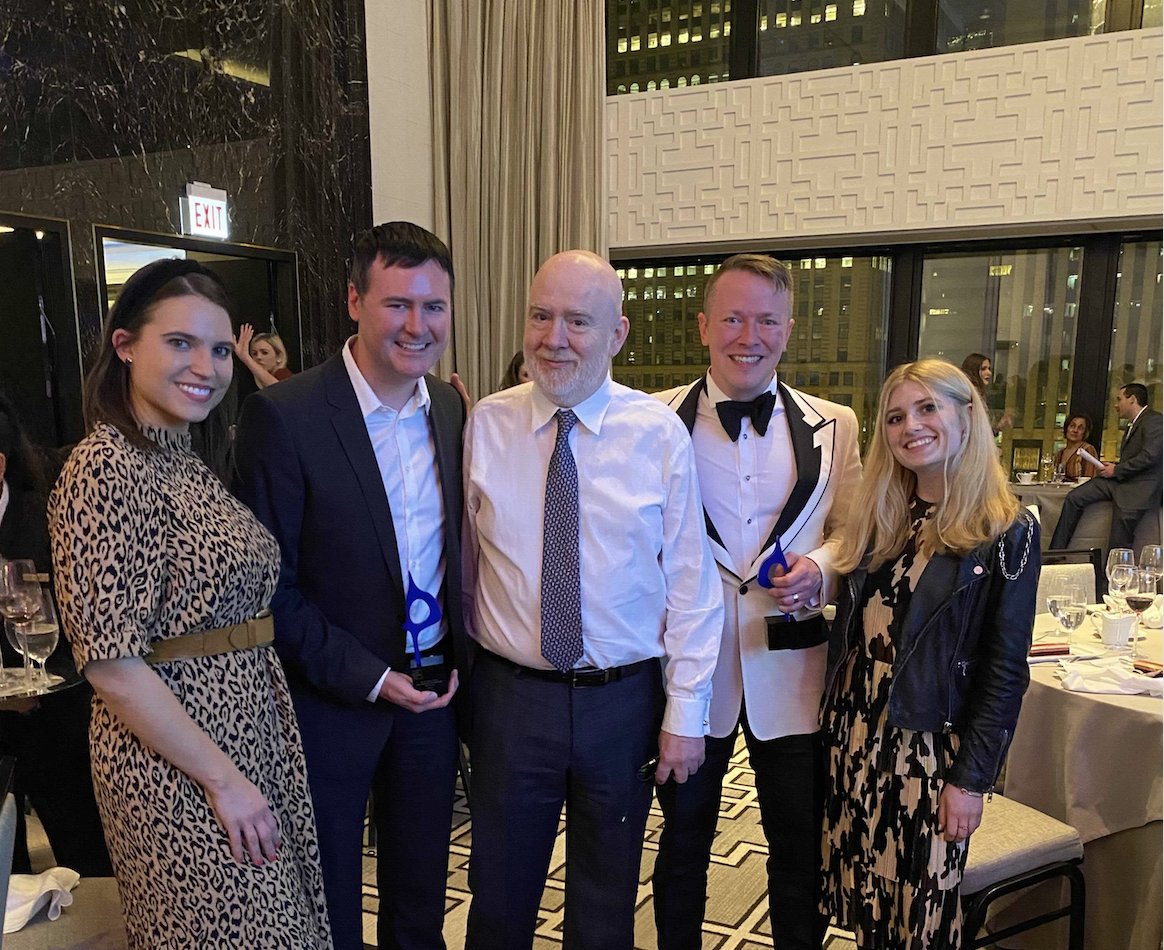 SAN FRANCISCO—DECEMBER 18, 2020—Bospar, the boutique PR firm that puts tech companies on the map, has earned the 2021 North American Sabre Agency Innovator of the Year award and is shortlisted for 11 additional awards for campaigns for clients Healthline, Prodoscore, Unisys, and Yellowbrick across nine different categories.

The 2021 North American Innovation Sabre awards shortlist was selected from more than 700 entries submitted across 60 categories. According to PRovoke, campaigns that made the cut “went beyond, pushed boundaries, proved innovation —and often tapped into the moment and directly addressed one of the critical issues facing the world in 2020.”

“Like all our colleagues in the public relations world — as well as business in general — 2020 presented us with inordinate challenges, both personal and professional,”  added  Sparrer.  “Being named Sabre Innovator of the Year and having our clients shortlisted for 11 different awards is both poignant and gratifying. Our theme for this year –” An Act of Defiance” — pretty much sums up our approach to the challenges we faced. We refused to be defeated and were able to show our clients that even under the most difficult circumstances, we can deliver innovative, award-winning, results-driven campaigns.”

Bospar’s clients were shortlisted for multiple awards, with Prodoscore earning four nominations and Yellowbrick three. The nominations include:

“Bospar is a terrific partner to help amplify Healthline as the #1 online destination for health and wellness information,” said Healthline VP of Corporate Communications Steve Swasey. “The team delivers an enviable blend of strategic programs and tactical execution. And they’re all such genuinely nice people.”

Bospar’s campaign for Prodoscore, “Making Work From Home Actually Work,” included an exclusive report on CNBC, as well as coverage on the BBC, Forbes, HR.com, and 18 other outlets.

“What I liked about Bospar from the very beginning was how collaborative they were and how easy I thought their team would be to work with,” said Prodoscore CMO Nadine Malek Saraff. “Our engagement started right around the time COVID-19 was kicking in, upending the global business environment, but they never got flustered or panicked with their counsel or media activities. This was important for us as we are a small company and couldn’t waste time or effort with an agency that couldn’t roll with the punches and keep our news and content flowing consistently, even in a difficult environment.”

The digital and social media campaign for Yellowbrick leveraged a survey on how the tech industry is responding to the impact of COVID-19.

“When IBM came after us, Bospar helped us clap back with a fully integrated campaign on social and earned media,” said Yellowbrick Head of Communications Eric Channing Brown. “Things have never been the same since. The team at Bospar is fast, strategic and creative. Simply put, this ‘Politely Pushy®’ team gets things done!”

Being awarded the SABRE Agency Innovator of the Year is the latest recognition of Bospar’s continued distinction in the PR profession. In addition to this most recent honor, Bospar has been selected to Forbes’ list of America’s Best PR Agencies 2020 and PRNews inaugural Agency Elite Top 100; earned four MarCom Awards, including three platinum; was named a PR World Award Grand winner; and was honored with a PRovoke’s 2020 North America Boutique Agency of the Year Award, a Gold 2020 MUSE Creative Award, and two Innovation SABRE awards. In its most recent ranking, the San Francisco Business Times named Bospar as the eighth largest Bay Area LGBT-owned business. Sparrer was named Professional of the Year by the San Francisco Bay Area chapter of the Public Relations Society of America and a 2020 PRovoke Innovator 25.