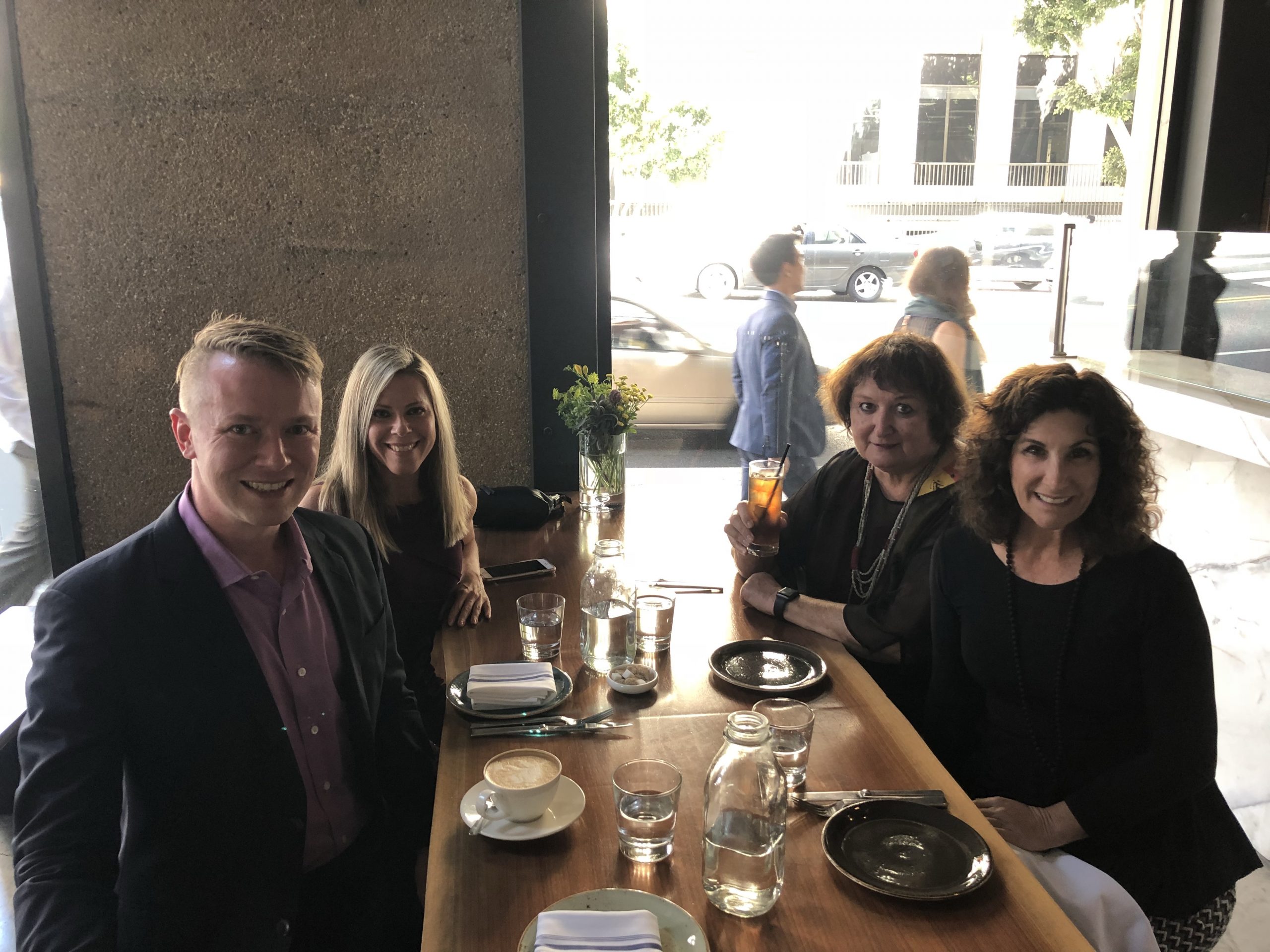 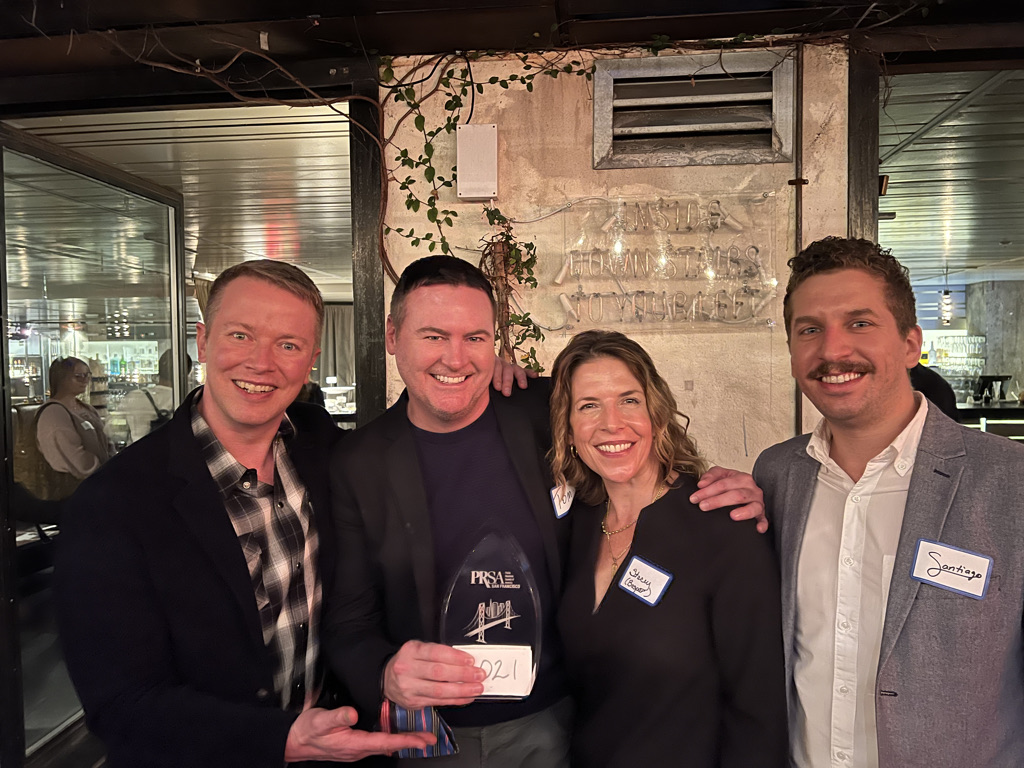 When it comes to establishing a tech company’s cred, who is more important? Anderson Cooper? Kara Swisher? Or Anna Wintour? The answer is surprising.

Bospar, a boutique technology PR agency, commissioned the Harris Poll to survey 2,178 American adults – representative of the entire country. When asked to rank which type of media was most important in establishing technology leadership, Americans prioritized online technology media outlets first – just barely ahead of national TV news. Even more remarkable was that Americans gave preference to a TV station’s website over a print news outlet’s website.

Americans said the most important outlets for technology leadership are those that cater to consumers, such as BuzzFeed, CNET and Mashable (40 percent). National TV news programs or their websites (ABC, CBS, CNN and Fox) came in second place (39 percent), followed by this surprise: local TV news came in third at 37 percent. The technology industry media (eWeek, NetworkWorld and TechTarget) ranked at fourth place at 30 percent.

Consumers said there was no difference between local daily newspapers like the Dallas Morning News or national dailies like The New York Times, ranking both categories fifth place at 29 percent when it came to establishing a tech company’s leadership. The same was true with national daily business newspapers or websites (like The Wall Street Journal) and technology business journals (like TechCrunch and Re/code). Those outlets both tied at sixth place at 28 percent.

Rounding out the media landscape were pop culture publications or websites (People, Vogue) with more than one in four Americans (26 percent) saying those sites mattered when it came to proving a company’s tech leadership. That means Anna Wintour’s status as a tastemaker can extend from diamonds to datasets.

For PR and marketing professionals tasked with building a company’s tech brand, these results are likely surprising and definitely present a challenge. Richard Laven of Apollo Research made a great point that there are a core group of tech writers who all influence each other and, by extension, people who live and work in Silicon Valley. But when it comes to the average American, local TV news is more important than The New York Times or TechCrunch.

This does not mean a PR team for an enterprise company should stop outreach at Re/code—clearly these are media outlets with different charters and a more in-depth understanding of the tech issues of the day. These findings do demonstrate, however, that local TV news outlets should not be overlooked in brand-building outreach and that national TV news outlets and their websites are just as important as consumer tech websites—not to mention the value these placements hold with clients, many of whom consider national news to be the crème de la crème.

“As a tech entrepreneur and former host of Sweden’s version of ‘Shark Tank’ I am probably uniquely qualified to vouch for the importance of TV coverage,” said Ebba Blitz, CEO of Alertsec, a company providing laptop encryption as a service. “We find that the right mix of placements in technology and industry media is important, while TV coverage both nationally and locally provides the sizzle necessary to becoming a household name, which build’s your company’s leadership.”

Becoming a household name obviously requires more than one placement. It requires regular, monthly effort and earned placements across outlets – big and small, national and local—as the findings show. So what challenges do PR professionals face in achieving this goal?

Sam Whitmore, an independent tech media analyst who founded Media Survey in 1998 to help PR agencies deliver better coverage for their technology clients, provided some insight into the volume of pitches that the typical reporter sees. “Tier one business reporters receive between twenty and thirty pitches per day,” he said. “Trade reporters receive more like forty a day.”

Elinor Mills, a former senior writer for CNET who is now the vice president of content and media strategy at the Bateman Group, said her pitch load was “100s of pitches per week, dozens of phone calls.” Chris Matyszczyk, also of CNET, who MediaPost named “the most powerful blogger on Madison Avenue,” said he gets 10 to 30 pitches per day.

As for TV news reporters, Jane King of LiliMax, who reports for local news stations across the country from the Nasdaq stock exchange, says her pitch intake is low – averaging two a day. Meanwhile, Scott Budman, the tech reporter for KNTV in the San Francisco Bay Area, gets “between 40 and 50 a day.”

What sets pitches apart according to reporters and editors at national news websites, is the level of packaging that’s included. Pitches that include imagery are incredibly useful, allowing time-strapped editors to quickly source images for their website, which are essential to driving viewer and audience traffic.

“SOASTA has been covered by the likes of APMDigest, the Wall Street Journal, and CNN,” said Ann Ruckstuhl, the CMO of SOASTA, the performance analytics company used by Apple, CBS, Nordstrom, and Staples. “While all the coverage is important, we find that mainstream coverage in outlets like CNN, Fox and even local news gets the most amount of enthusiasm both internally and externally.”

“B-school 101 teaches aspiring executives to ‘think globally and act locally,” said Peter Bernstein, Senior Editor, TMCNet.com. “What this means in terms of brand stewardship and maximizing visibility it that 360-degree touch points are as much about relationship building with influencers as they are about technology and customer interactions. It is why having a full-service firm that understands and nurtures all media relationships is so critical in a connected world where discerning and fickle customers have ready access to a wealth of information and competitive alternatives.”

For tech companies looking to establish themselves as leaders, a broad media strategy is required, one in which every media outlet important.

So while the attention of Anderson Cooper, Kara Swisher and Anna Wintour may leave companies starry-eyed, if they want to achieve leadership in the technology space, it is equally important to pitch – and win – the local TV reporter.