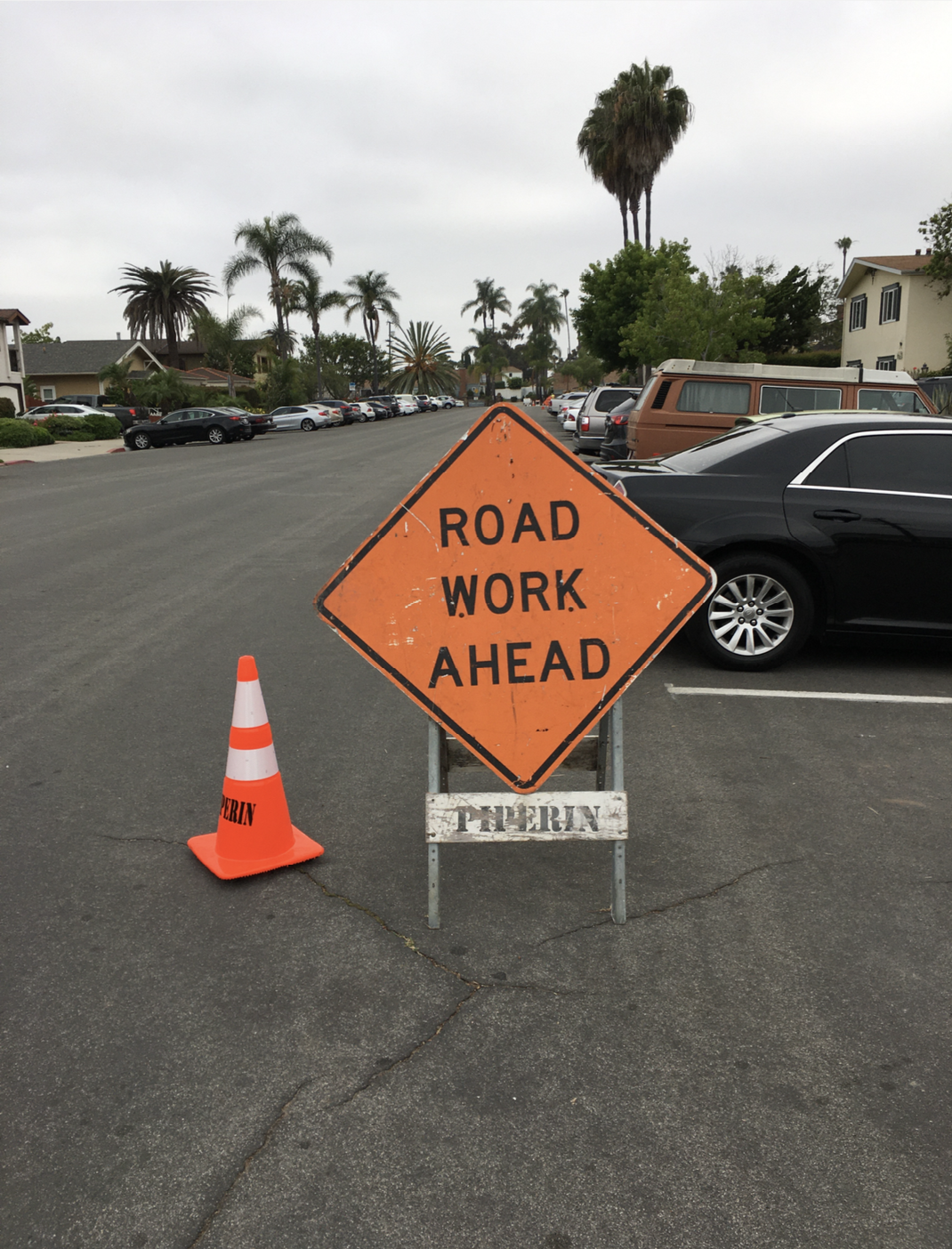 There’s a “Road Work Ahead” sign at the beginning of the run, at the bottom of a steep downhill segment. At this point I am only a few minutes in, and I’m feeling as good as I will until I finish the run and soak in all the endorphins I’ve just created. While I’d be lying if I said I see this sign and don’t sometimes think, “Ugh, it’s all uphill from here,” I mentally pause for a second and think, “Good.”

I make this mental pause and plant the word “good” in my head because I know that the work just ahead and still in the early part of my run – a long, gradually sloping hill followed by two steep hills – is what’s going to make me improve. There are two choices I make each morning at this point: embrace the work ahead or fight it. Sure, I’ve fought it a few times on days when the run is a grind from the first step. But I always regret it afterward. Always. By embracing the work ahead, I enable the best mindset for success.

So, what exactly does this have to do with PR? In my experience as a member of Bospar’s content team, a lot.

When I get a run in early and attack the hills with a positive mindset, the feeling of accomplishment lasts well into the day. And it’s especially great right when I finish. Similarly, we like to come out of the gate fast and strong at Bospar when we start with new clients and demonstrate from day 1 that we are putting in the work to make both parties successful.

From a content perspective, that usually means getting right to work on a press release, blog post and/or thought leadership byline. Of the three, the byline is the most work by far – but also the most rewarding and the best way to get up to speed with a client. I actually prefer it because it means I need to dig in deep right away to learn all I can about the topic and the executive who will be providing intake, and figure out what work I need to do to make it happen. It’s the type of content asset that requires the most time from the client’s perspective as well, given that we prefer direct verbal intake from the executive as opposed to written intake.

That extra level of attention also brings in the human factor, as I’m speaking with the executive and not only trying to get inside their head on a particular topic, but to also capture their voice as much as possible. All of this work helps me start contributing to this client’s PR success sooner, rather than later. It’s akin to not only running up a steep hill, but doing so in the rain. And the wind. And with not a lot of sleep.

What keeps me moving forward in both cases is visualizing the outcome. I’m going to get up the hills and eventually make it back home, where I can take some deep breaths and let the endorphins – and the rain – wash over me and signal a “win” for that morning. And I’m doing the same with an intake call with an executive that, up to that point, I have no relationship with. I’m moving forward, staying alert and relying on the preparation I’ve done to keep me in a confident zone, no matter what happens.

Case in point: as I write this, I’m part of a pitch team having discussions with a startup that needs a lot of PR and content support. They are in another country (meaning super-early calls). Their products are in a category I have experience in, but mostly from before I joined Bospar. They also need a steady flow of creative ideas while we’re in the pitch phase to stay interested in us. The net-net for me: I have to get caught up on the tech, their competition, the market landscape, the startup scene in their country, and a whole host of other things. Sh*t, that’s going to be a ton of work to get to the point where we impress them enough to sign with us.