Sometimes in PR, You Just Have to Take Over. Like Prince. 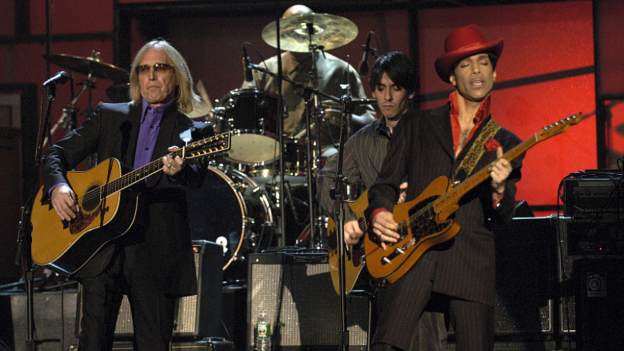 Those of us who work in public relations – or any type of professional services organization, for that matter – have likely experienced a time (or two or three or 20) where the center does not hold. Where there’s a client ask that just sort of…floats in the air waiting for someone to grab it and take charge. And then someone does. It’s PR, after all, and someone always has to step up so the clients aren’t disappointed.

This situation makes me think of Prince. Yes, THAT Prince.

Stick with me here for a moment while I set this up. We’ll get back to Prince to bring this blog post home.

OK, back to the client ask that’s just sitting there in an entropic state. This might happen on a call (usually internal but sometimes with the client present), email chain or Slack conversation. There’s this “thing” that the client wants or that the agency suggests that is a fair amount of work. Or maybe even a TON of work. Now it’s out there. Waiting for an owner to step up.

Depending on the agency, the person running the agency or the account typically asks the appropriate person to take the deliverable on. Usually it’s obvious who should do it based on their role. That’s not what I’m talking about.

What I AM talking about are the gray area cases where there are extenuating circumstances. Maybe there are two or more good candidates on the account team. Or the people on the team are buried in work and can’t reasonably take on a new deliverable. Or a higher-up decides to take it because the deliverable is critical to the client relationship, and the boss wants it known that the agency takes the request so seriously that an exec is handling it.

Allow me to take this a step further. The fact that you’re reading this post means there is a good chance you have been the person experiencing the suspended moment I’m describing. Not only that, but in some of these cases you know that you have the experience and skills to take on the deliverable, even if your colleagues aren’t aware of this, or it’s not part of your existing job responsibilities, or you reside on the bottom of the agency totem pole. And even if, like here at Bospar, you are surrounded by talented, capable and even exceptional people.

OK, one other thing to add, and then I promise we’ll get to Prince.

You agency needs to kill it with this deliverable. I mean…just blow this thing out of the water so the client goes way past delighted and firmly into “holy sh*t” territory. Oh, and you know you can do this.

So do it. Raise your proverbial hand. Unclick the “mute” button on your Zoom call. Type the short email and send it without putting hours of thought into it. Bang out the Slack reply. Whatever it takes.

Way back in 2004, the Rock and Roll Hall of Fame induction ceremony had a Moment. Yes – a capital “M” Moment. Among the inductees was the late George Harrison, who was being honored for his work as a solo artist, the Beatles being charter members of the Hall, obviously. So, as they always do at the ceremony, a collection of rock legends gathered onstage to play some of the inductee’s hit songs. In this case, some of the musicians included Tom Petty, Steve Winwood, Jeff Lynde (from ELO; you’ve got to be old to know who he is), Dhani Harrison (George’s son), and Prince.

“While My Guitar Gently Weeps” was the song. Great choice! A classic from the Beatles’ White Album and written by Eric Clapton; you couldn’t have asked for a better guitar showcase song. George was, after all, the lead guitar player for the Beatles.

So, sort of like a PR agency figuring out how to land a client deliverable in a successful manner, the assembled musicians were playing it (mostly) straight and doing a perfectly fine job. But this was GEORGE HARRISON they were honoring. The guy who incorporated the Indian sitar into rock and roll! The guy who came up with just about all of the famous Beatles guitar riffs! With all due respect to the professionals on the stage, “perfectly fine” was clearly not the appropriate choice in Prince’s mind.

This scenario called for something extra. Something extraordinary that Prince knew he – and he alone – could deliver to the audience (aka the “client”). So he took charge. Boy, did he take charge. (Now is a great time to watch the video if you have not already done so.)

I’ll spare you the string of superlatives and heaps of praise. It’s all right there on YouTube (and in this thoughtful article by a real musician).

Instead, I’ll just say that sometimes in PR, that same opportunity exists for someone (you, perhaps?) to take charge among a group of talented professionals and just slay the deliverable.

Prince wasn’t showing off. He was taking what was there – which was already very good – and making it even better. The “client” would have been happy with the performance even if Prince wasn’t there. But he was there, and he knew he could elevate the situation to the lofty place it deserved.

These opportunities and the ennui that births them aren’t common, but they do happen in PR. Deep down you’ll know when you’re the person who can take charge, regardless of your title or standing in the agency. Throw that out the window (or up to the rafters, like Prince does with his guitar at the end), step in, and bowl the client over. Like Prince.