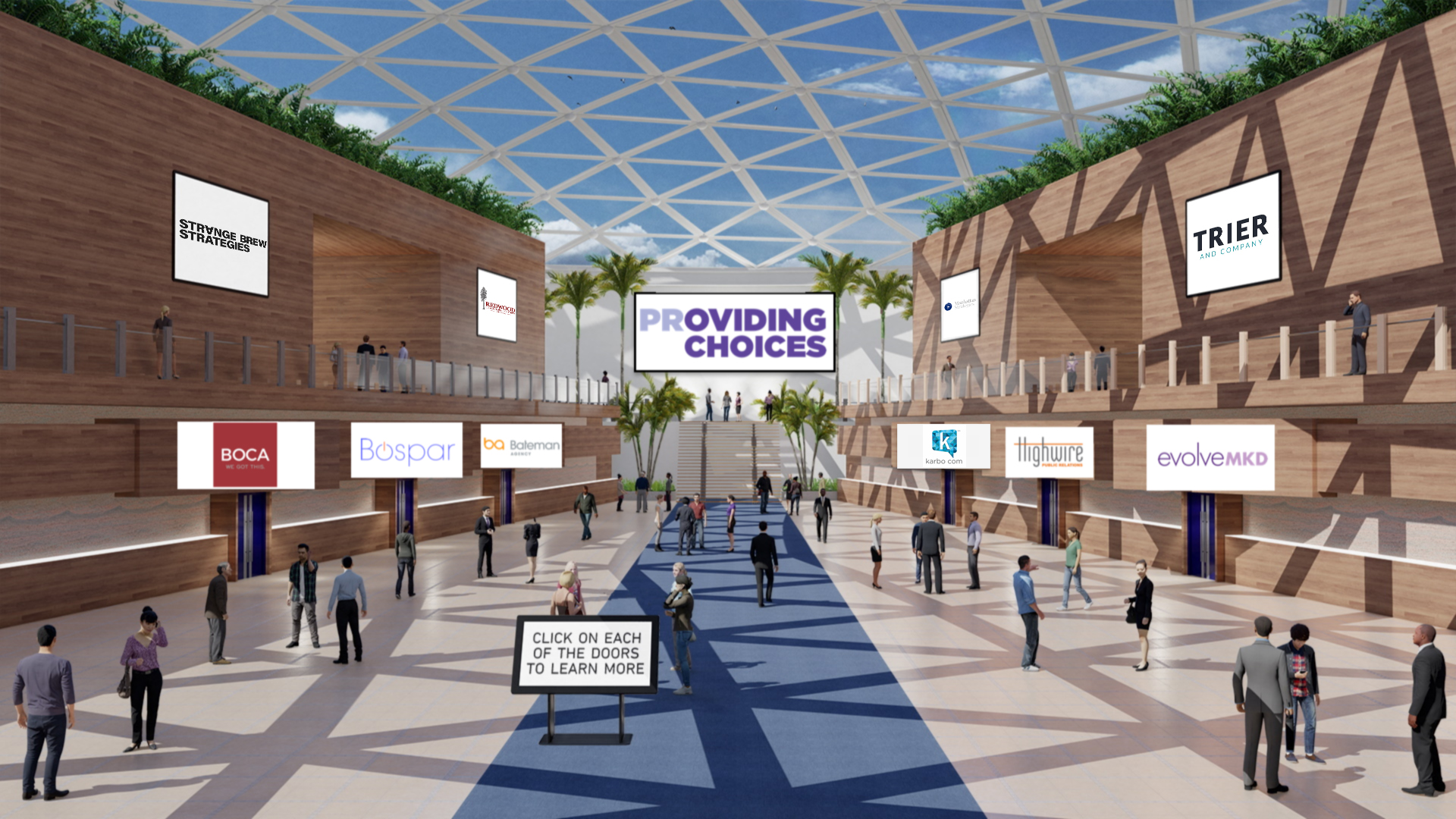 SAN FRANCISCO — October 28,  2021— Bospar, the Politely Pushy® PR firm that puts tech companies on the map, will join with nine other leading agencies to host a virtual job fair for PR pros looking to relocate from Texas as a result of that state’s abortion ban, the country’s most restrictive. The PRoviding Choices virtual job fair, which will launch Nov. 4 at 7 a.m. CDT and run for 30 days, will showcase the many roles available in PR and communications, in places that don’t seek to subject women to dangerous restrictions or impose reckless vigilante justice on women’s bodies. The job fair is free to attend and open to anyone who wants to work for a company that cares about their reproductive health.

The participating agencies include:

“From the moment we announced our relocation plan on Sept. 9, our hope was that other PR agencies would join us in this effort. We were thrilled when Julie Karbo of Karbo Communications, learning of our offer, reached out to us and suggested a virtual career fair. As other Silicon Valley-based agencies heard about what we were doing, they asked to join this effort. When you have a groundswell of activity, a movement is born. The Texas brain drain is happening.”

“There comes a time when you have to draw a line in the sand. The attacks on women’s freedoms – not only in Texas but in many other states – call for companies to take a stand. We can’t be lulled into thinking that this is a trend that affects only women. This attack on freedom of choice reverberates in every corner of the country and affects us all. It is especially cruel to the marginalized. We’re opening our doors to people who want a supportive, innovative and fast-paced place to work. If you have a passion for tech and for doing what’s right, you’ll find a home and kindred spirits at Karbo Com.”

“As an openly gay PR agency CEO and founder with a majority female staff, I feel an obligation to join my fellow agency owners in this effort to protect the hard-earned rights for women to control their own bodies. Clearly, the Republican-controlled government in Texas will not be satisfied with just restricting access to reproductive services, but rather feel emboldened to turn back the clock to a pre-Stonewall era that puts the civil rights of all formerly marginalized groups in jeopardy. This is just the first assault, which must be stopped, or the ongoing battle for progress will be lost.”

“BOCA Communications is a woman-founded PR agency with an extreme passion for women’s rights, let alone the rights of human beings inside the United States and globally. We are living in an era of diversity, equity and inclusion, yet more than 50 years after the women’s liberation movement, government officials are still using fear tactics around reproductive rights, shameful and not shocking. BOCA is participating in the PRoviding Choices job fair to support women in Texas and let them know we still have freedom and choice. BOCA is here for you. We Got This!”

“As a female business owner who employs women and men who support women, the attack on women’s healthcare choices was upsetting and disturbing to my team and me.  If we want equality in pay, having equality in private, personal healthcare matters is an important stepping stone to being treated equally in our society.  When we heard about what Bospar was doing, we knew we immediately wanted to be involved.  We need talent – and how better to gain talent than by providing an option to work in a place that is governed by less draconian legislation?”

“Texas has shown a tragic disregard for the health, safety and constitutional rights of women. Fortunately, communications is a very popular and portable career, and we are determined to offer new options and a safe haven for those professionals who want to leave the state. As a women-owned business with an unwavering focus on diversity, equity and inclusion, we welcome all people and commit to supporting our team members with empathy and encouragement through the many phases and choices of their lives.”

“We’re grateful to join partners for the PRoviding Choices job fair because society is orienting its trust to a new generation of change-makers: digital natives who are guided by moral principles and energized by movement. So, when a state like Texas deprives half its citizens of the right to make decisions about their own bodies, it’s first and foremost an affront, and, secondly, it’s detrimental to the economy which depends on women’s and men’s independent ability to thrive. Governor Greg Abbott claims simultaneously that he can run a state that takes away women’s right to choose and bring business to Texas, but the two are dependent upon one another. The good news is you can always leave Texas and get a new job.”

“Just as we strive to protect humans’ well-being by contributing to climate solutions, Redwood’s values demand that we protect the rights and freedoms of our employees, current and future. The Texas abortion law not only destroys the right of individuals to determine what’s best for their bodies, their families and their futures, but it also pits citizens against one another, and that is antithetical to our values. We’re proud to help open some small new choices to comms professionals in Texas while their state government is taking big ones away.”

“Strange Brew is committed to ensuring its employees, regardless of gender, race and sexual orientation or identity, enjoy freedom and the protection of their rights. We’re excited to offer possibilities to PR professionals who feel that their rights are being violated by Texas law.”

“As one of the Bay Area’s largest women-owned businesses, Trier and Company believes that when everyone is included, everyone wins. Strength lies in differences, not in similarities. And, when everyone has the right to choose, whatever that choice is, we then represent a democratic society.”

Learn more about the virtual career fair at the PRoviding Choices website: https://providingchoicesjobfair.vfairs.com

Bospar is the “Politely Pushy®” tech PR firm featuring a team of highly-seasoned professionals who exist to put tech companies on the map. Bospar’s principals include a long-time PR and tech industry guru, a former broadcast TV producer and award-winning media maven, a standout PR agency manager from the corporate side of a leading global law firm, and an experienced executive with both large agency and public company credentials.