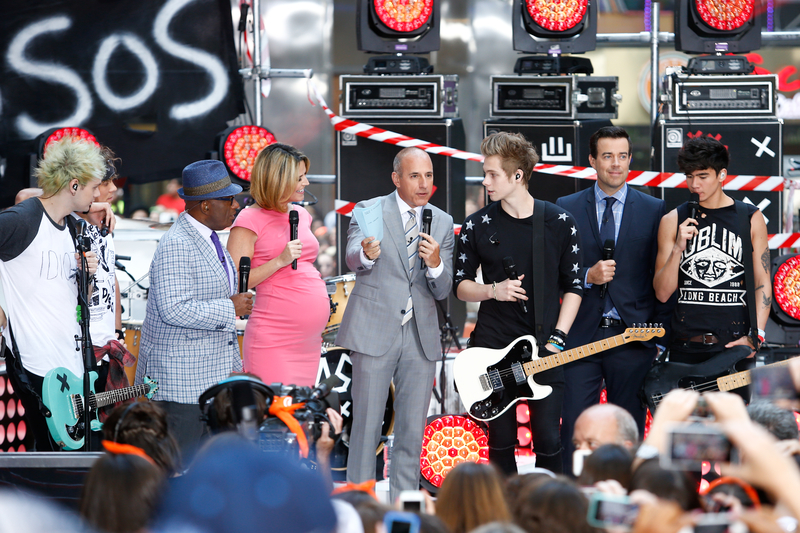 If you were advising Matt Lauer or Garrison Keillor, what would you tell them?

Both media personalities are accused of sexual impropriety, and both have been fired. Their next moves have the potential to be a master class in dealing with bad PR. They could also cause both of them a lot more trouble.

These men are the latest additions to the “me too” year in which women—and men—came forward to expose the unwanted advances, abuse and sexual misconduct endured at the hands of powerful men. In the fray, many giants have fallen—Harvey Weinstein, Louis C.K., Bill O’Reilly, Terry Richardson, Kevin Spacey, Brett Ratner and Charlie Rose among them.

The question—from a purely PR standpoint—is: what’s their best move?

Sex Scandals and Other PR Disasters

Our PR agency, Bospar PR, teamed up with Propeller Insights between November 18-21, 2017, to determine how Americans felt about these scandals and what would be the best way to handle them.  We surveyed more than a thousand Americans and discovered that the sexual assault scandals of Harvey Weinstein and Kevin Spacey were considered to be among the worst PR disasters of the year.

And nearly half (46 percent) of the survey respondents anticipate more sex scandals in the coming year.

So, if you find yourself on the public chopping block, what’s the right response?

For companies, the advice is to respond quickly and plainly.

A majority of Americans (54 percent) want a company to respond to a crisis within 24 hours. They also want to be promised an independent investigation and to be told that the mistake won’t be repeated. More than a third of Americans want an apology, and they want that apology to be stated simply, without a lot of obfuscation.

This is solid advice for individuals as well.

But when it comes to a person accused of sexual misconduct, Americans are cynical of most responses.

The response that will cast the most doubt on a person’s sincerity is an inability to remember what happened, said 43 percent of Americans.

There is terminology, too, that engenders doubt, including—in order of dubiousness:

Bospar and Propeller Research put the same question to Americans and discovered that more than three-quarters (78 percent) were not of his same mind. But just over one in five (22 percent) said they did indeed trust Putin more than the Washington Post.

In general, more than a quarter of Americans (26 percent) say they most trust journalists. Another 14 percent put more credence in their Twitter or Facebook feed, while a minority most trust athletes (10 percent), politicians (8 percent) and—at the bottom of the list—actors (8 percent).

So, Back to Lauer and Keillor…

For his part, Garrison Keillor didn’t use any of the expressions Americans find distasteful in this statement on his website:

I am deeply grateful for all the years I had doing “A Prairie Home Companion” and “The Writer’s Almanac,” the summer tours, the outdoor shows at Tanglewood and Wolf Trap, the friendships of musicians and actors, the saga of Lake Wobegon, the songs and sketches, Guy Noir, Dusty & Lefty, the sheer pleasure of standing in the warmth of that audience. A person could not hope for more than what I was given. I’ve been fired over a story that I think is more interesting and more complicated than the version MPR heard. Most stories are. It’s some sort of poetic irony to be knocked off the air by a story, having told so many of them myself, but I’m 75 and don’t have any interest in arguing about this. And I cannot in conscience bring danger to a great organization I’ve worked hard for since 1969. I am sorry for all the poets whose work I won’t be reading on the radio and sorry for the people who will lose work on account of this. But my profound feeling is that of gratitude, especially to my wife Jenny, and for this painful experience that has brought us even closer together.

Meanwhile, the coming days and weeks will be a pivotal moment for Lauer, and how he behaves will likely determine the fate of his career.

Will he, like Weinstein, accept some of the blame but also hedge and make excuses and deny? Will he, like Louis C.K., be self-aware, accept responsibility and express remorse? Time will tell.

But if he is wise, he will act swiftly, apologize plainly and make amends—to the women in question and to his millions of fans.