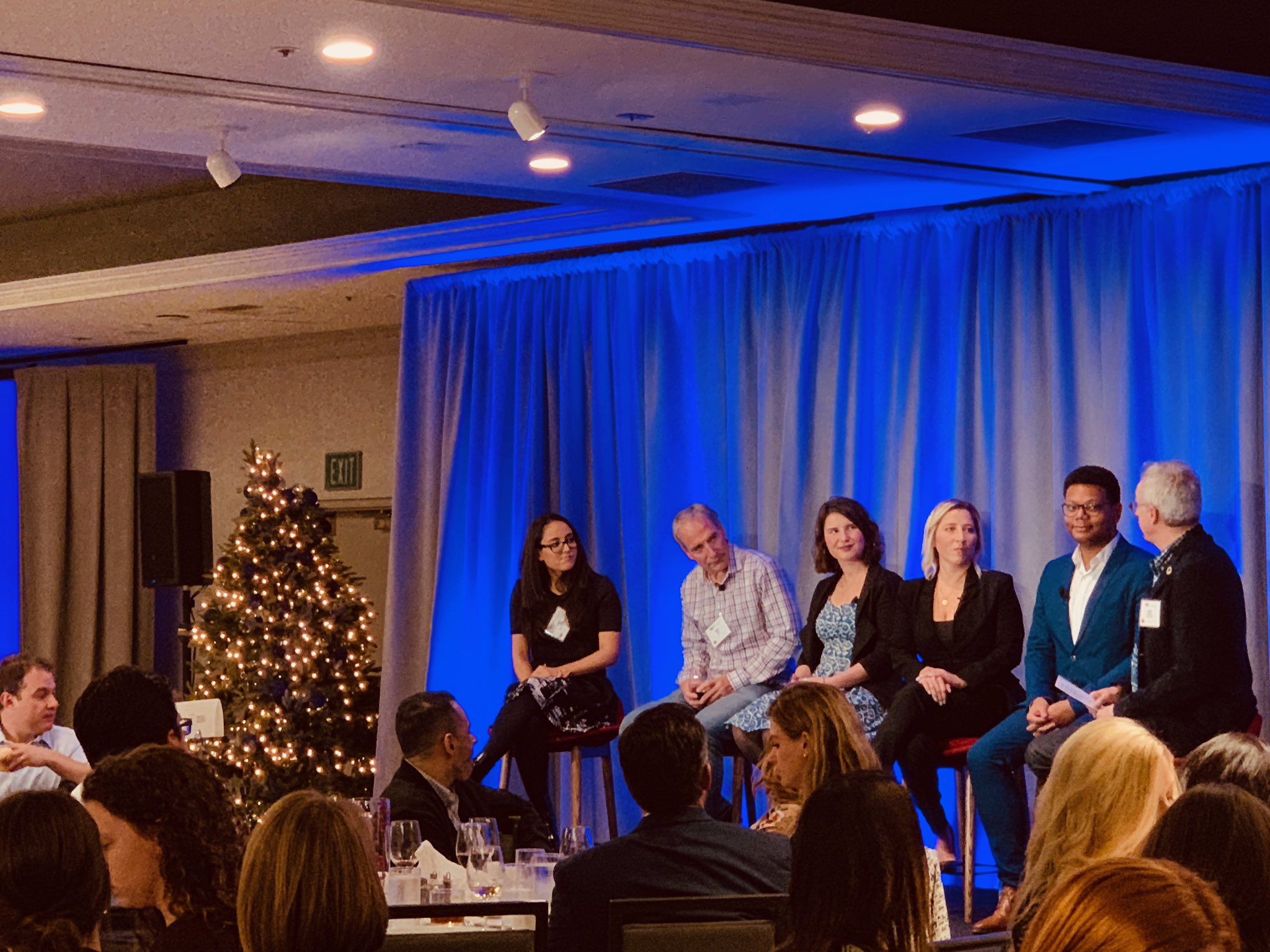 The PRSA Silicon Valley Chapter hosted their 12th annual Media Predicts event in December, and the panelists’ insights were fascinating.

The panel was moderated by David Kirkpatrick of Technonomy. Participants included Nico Grant of Bloomberg, Jenna Blaha of Elle, Jillian D’Onfro of CNBC, Michael Liedtke of the Associated Press, and Ahiza Garcia of CNN Business.

Here’s a recap of what they think is coming down the pike in 2019.

It’s not difficult to understand why, with our current political climate, the main focus of the night was the future of technology regulation: from the Facebook trial over the Cambridge Analytica debacle to Bill Gates stating that technology companies need more regulation, there is growing user unrest about the monetization and misuse of user information and data.

In the course of the Facebook trial, Senator Dianne Feinstein implied that she felt Facebook was representing the entire tech industry at the trial and that the decisions made at the trial would determine “how strongly [the] industry will regulate or reform the platforms that they control.”

Whether or not this change is something that occurs in 2019, the fight surrounding technology regulation is clearly underway.

With technology continuing to be one of the largest and fastest expanding industries, it’s no wonder why it is helping shape and redefine other industries such as healthcare. For example, there are tech companies, such as Zingbox, whose main agenda now is to provide IoT service protection solutions for healthcare.

There has been rising discontent with the people of this country in regards to healthcare practices. The panel discussed the topic of doctor malpractice and patient misunderstandings that can arise from visits, as well as the possibility of using AI and robotics to help solve the issue by having a device that could record and transcribe patient visits and assist with patient electronic files.

On the other hand, there are healthcare devices that we all love and use, such as trackers, sensors and other wearables. These types of devices are not exempt from the misuse of data collection. Jenna Blaha said that while most people might want the latest gear because of the social cache, at the end of the day they just want to live their lives. The fact of the matter is that there is a Catch-22 situation with regards to wearables, the use of the information they gather, and how that information is used. “It’s the anti-technology technology club,” stated Blaha. Users have become more aware of the issues surrounding their health and in turn have begun to hold companies liable for their actions and to pressure them into taking a stance.

It was inspiring to see three women in technology on the panel this year.

Women make up 50 percent of the population in the United States but only 26 percent of the technology workforce. It is the responsibility of women to help pave the way for other women as well as to educate them, the panel agreed.

Blaha has made it her priority to interweave technology and fashion. At the 2018 Media Predicts event she even said, “Technology is driving sustainable efforts across the spectrum. Elle has to talk about it in a way that would be interesting to the readers that come to us.”