Got an Opinion About the Oxford Comma? We Thought So. 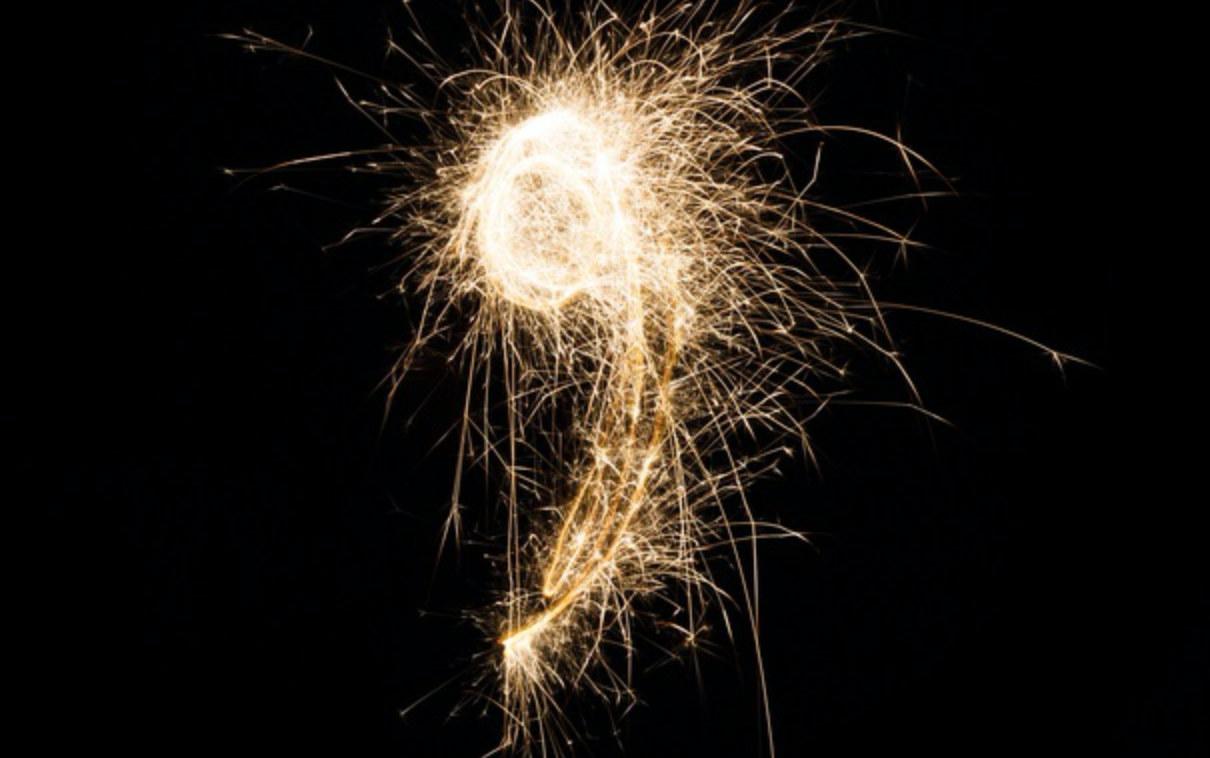 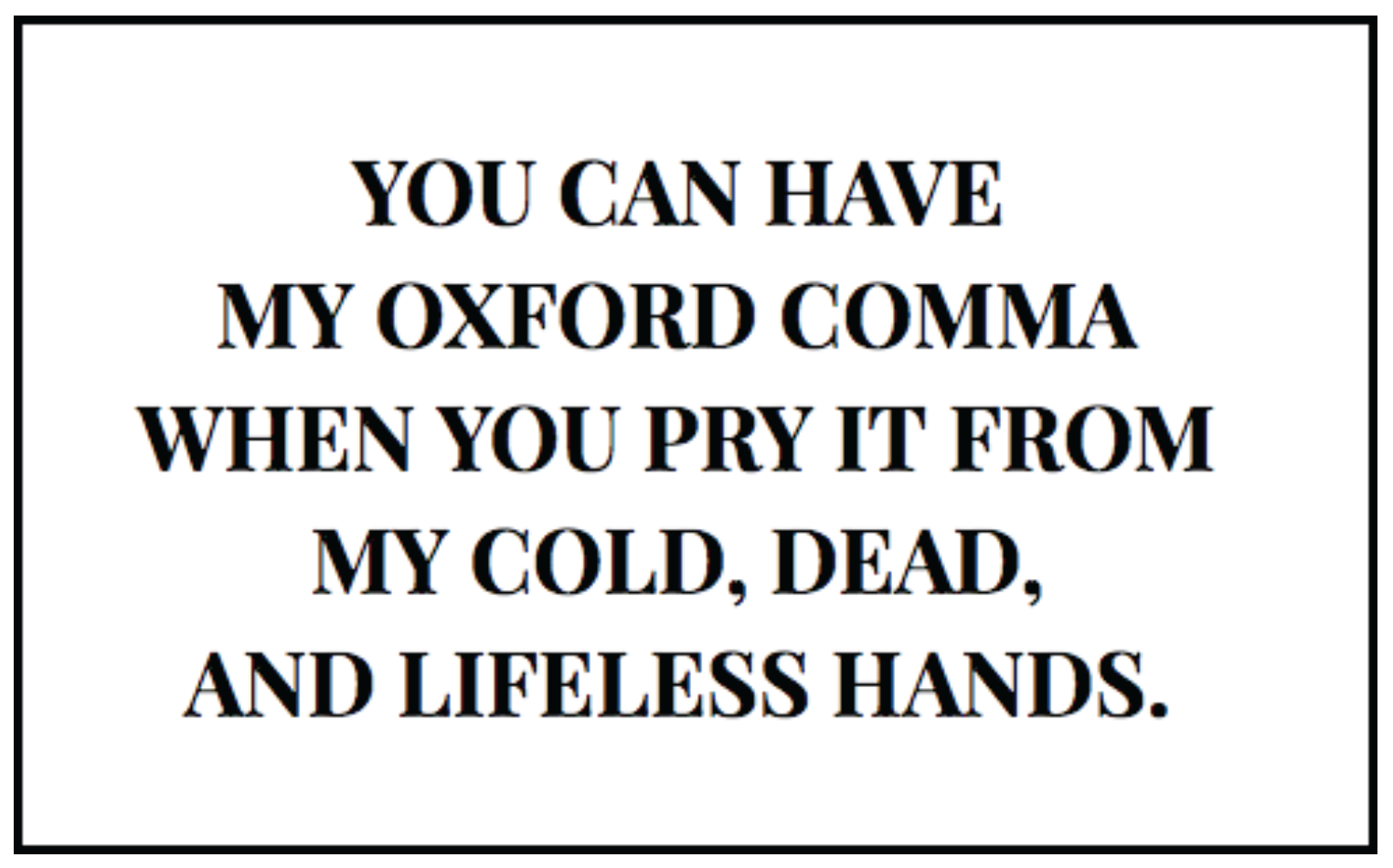 The “Oxford comma” is an optional comma before the word “and” at the end of a list: We sell books, videos, and magazines.

The resident writers at Bospar, aka “The Content Team,” have a dilemma. It turns out that this Sunday, March 4, is National Grammar Day. It seems like something our team should weigh in on, right? But how do we do something witty and relevant? That, reader, is the question.

As adherents to the AP Style Guide, we don’t typically use the Oxford comma. But some of our colleagues, clients and media contacts – the people who rely on us for our grammatical diligence and know-how – do.

However, in public relations, one key to success is writing content that journalists will actually read and even use. And that is more likely to occur if content is written the way most journalists themselves write.

Now, it’s not a hard and fast rule to avoid the Oxford comma, but it’s close. Sort of. According to a recent tweet from the AP Stylebook: 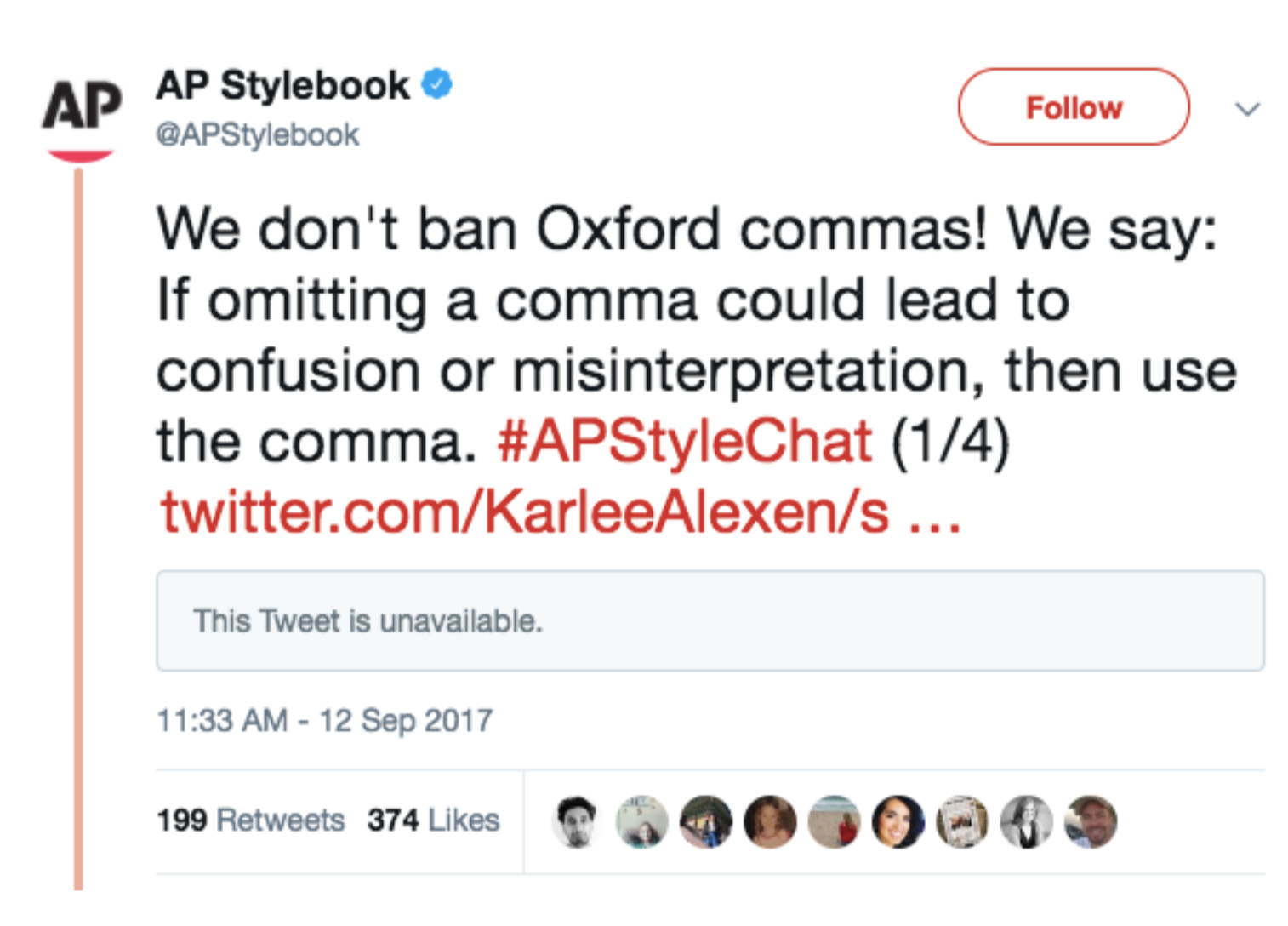 The most interesting thing about the Oxford comma? The fact that it has other names, “the comma before ‘and’ in a series” and the “serial comma?” No, it’s the strong opinions the Oxford comma inspires – both for and against its use. No other punctuation generates as much controversy and debate.

Ask any writer you know about their opinion of the Oxford comma. Chances are they have picked a side. Some will follow the AP’s use-your-best-judgment guidelines (the Chicago Manual of Style is similarly flexible), but those with strong opinions are the rule. (And, yes, there is a large group of people who don’t do much writing and are not exactly sure what the Oxford comma actually is and don’t care, but let’s leave them out of this.)

But whether you go all-in on the Oxford comma or just plain hate the sight of it, be consistent.

Whatever your “side,” stick to it. Make exceptions when they’re called for, but give interested parties an expectation they can count on. Plus, think of all the tracked changes you’ll never see again.