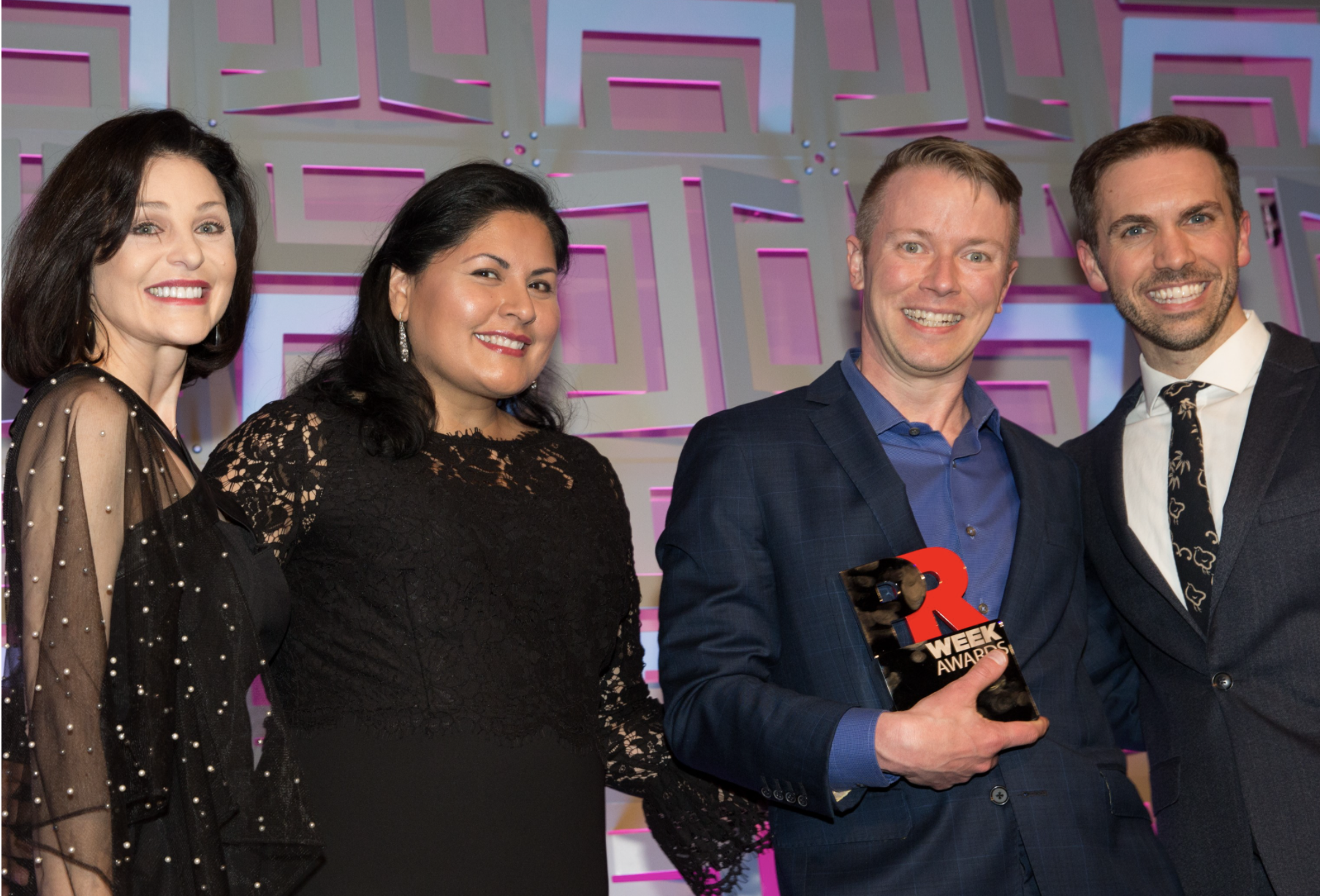 SAN FRANCISCO—March 27, 2018—Bospar, the boutique PR firm that puts tech companies on the map, has been named Outstanding Boutique Agency of the Year in the PRWeek U.S. Awards 2018.

“There were so many great agencies competing that we were genuinely surprised we won—and the pictures prove it,” said Bospar Principal Curtis Sparrer. “It was a total ‘pinch me’ moment on stage. Ultimately being named Outstanding Boutique Agency of the Year by PRWeek is incredibly validating, and we owe a debt of thanks to our talented team and our ground-breaking clients.”

As one of Bospar’s clients tweeted, “There’s no smarter, harder-working PR team on the planet.” And PRWeek itself tweeted, “Killing it after just two years, @BosparPR is our Outstanding Boutique Agency award winner.”

Bospar was named Outstanding Boutique Agency of the Year in recognition of the fact that, just three years after launching, it has evolved into a go-to agency for tech clients, specializing in consumer, enterprise, fintech and security public relations and social media support. The PRWeek judges were impressed by Bospar’s decentralized workforce, which leverages virtual technology to create an integrated team of pros in San Francisco, Los Angeles, Chicago, New York, and Washington, D.C. They lauded Bospar’s approach as a “great example of how to grow and technologically connect a virtual agency” and remarked upon Bospar’s “excellent client results and […] highly effective growth model for an agency of this scale.”

Last year, Bospar grew its business by 42 percent and added 13 major clients to its roster, including Alfresco, Ceres Imaging, ExpressVPN, Fugue, Helpshift, LevaData, Netsparker, NodeSource, PrescribeWellness, ShelterZoom, and Varo Money. Among the initiatives that impressed the judges was a funding announcement Bospar led for Conversica, a mid-stage startup. The campaign resulted in 450 stories, 1,300 visitors to Conversica’s website, 1,300 social mentions, 35 product demo requests, and 50 percent growth in revenue for Conversica.

PRWeek was also impressed with the work that Bospar has done with CloudNOW, a nonprofit consortium of leading women in cloud computing. The agency has invested $100,000 of its time in the organization, helping CloudNow double its following and coverage.

This award comes just a week after Bospar was honored with two awards from the Business Intelligence Group (BIG) 2018 Public Relations and Marketing Excellence Awards: PR Agency of the Year and PR Agency Media Relations Campaign of the Year.

Bospar Principal and CloudNOW board member Chris Boehlke said, ”Our mandate is always to do transformative work on behalf of our clients, and we’ve put that principle to work on ourselves, as well.  CloudNOW is one of our most rewarding ways of ‘giving back,’ by helping our technology community get ever stronger through greater utilization of some of its most powerful resources.”