Bospar Study: Nearly One in Three Americans Say They Won’t Take a Vaccine for COVID-19 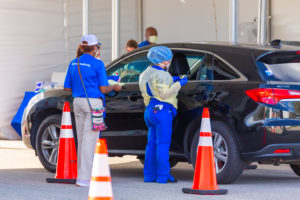 SAN FRANCISCO – May 12, 2020 – Bospar, the boutique PR firm that puts tech companies on the map, discovered that 30.7% of Americans said they won’t take a vaccine for COVID-19 when it’s developed. And a majority of Americans (69.3%) said they will vaccinate when they can.

An overwhelming percentage of Americans (78.2%) said they believe researchers will discover a vaccine for COVID-19. When asked how they would respond to Americans who won’t vaccinate against COVID-19, the No. 1 answer was “respect their choice,” garnering a 49.4% vote. The second most popular choice was to physically avoid non-vaccinators (37.8%) followed by pressure non-vaccinators to change their minds (25%) and warn others about the status of those who did not get vaccinated (18.7%). More than one in 10 Americans (11.1%) said don’t care whether or not others elect to get a COVID-19 vaccine.

COVID-19 has made Americans reflect on their lives. Nearly half of the country’s population (43.7%) has been forced to work from home. A majority (50.2%) believe they will return to work in three to six months’ time. A majority (51.8%) would be willing to return to an office job after COVID-19, but the rest of the country is apparently undecided about whether to go back to the office. The biggest fear about returning to the office (43.9%) is being exposed to COVID-19. That was followed by concerns that employers won’t make changes to lessen infection risk (27.8%) and being too anxious to work (27.1%).

The No. 1 answer Americans gave when asked what they will do when lockdown is lifted was “nothing – I will stay in lockdown until I know it’s safe.” That was the choice of more than one in four Americans (25.7%). There was a tie for the second favorite answer: Get a haircut (17.8%) and go to a restaurant (17.8%). The next most popular answers included: traveling, going to the gym and catching a movie.

There are some things Americans say they will never do, however. There was a tie for the top choice: fly on a plane; or go to musical festivals or concerts. Nearly one in five Americans (18.5%) said they would no longer engage in either activity. That was followed by going to the gym (16.2%), and visiting the theater to watch a movie (15.7%). But most Americans (50.9%) said they will continue life as normal.

“COVID-19 has profoundly impacted American life and culture – and these statistics prove it,” said Curtis Sparrer, a principal at Bospar. “American businesses need to appreciate that ‘back to normal’ cannot happen automatically. Americans will simply be too unnerved to be productive. The biggest concern we have as communicators is that a selfish one-third of the population doesn’t want to be inoculated from this worldwide threat. Our challenge is to change hearts and minds.”

About Propeller Insights
Propeller Insights is a full-service market research firm based in Los Angeles. Using quantitative and qualitative methodologies to measure and analyze marketplace and consumer opinions, they work extensively across industries such as travel, brand intelligence, entertainment/media, retail and consumer packaged goods. Propeller conducted its **national online survey for Bospar of 1,014 U.S. adults between April 28-29, 2020. Survey responses were nationally representative of the U.S. population for age, gender, region and ethnicity. The maximum margin of sampling error was +/- 3 percentage points with a 95% level of confidence.

Bospar is the award-winning “politely pushy” tech public relations agency. The firm provides clients with national support thanks to its distributed agency model, which it launched in 2015. Bospar’s staff includes marketing and PR experts and veteran journalists from top-tier tech and business media. The agency’s strategic and creative thinkers excel in earned and social media, analyst and investor relations, and public affairs. Leaders from brands including Marqeta, Snowflake and Unisys trust Bospar to drive category leadership for disruptive technologies and solutions. Visit www.bospar.com, Twitter and LinkedIn.

What Is AP Style, and Why Does It Matter?

How to Keep Momentum Going Post-IPO