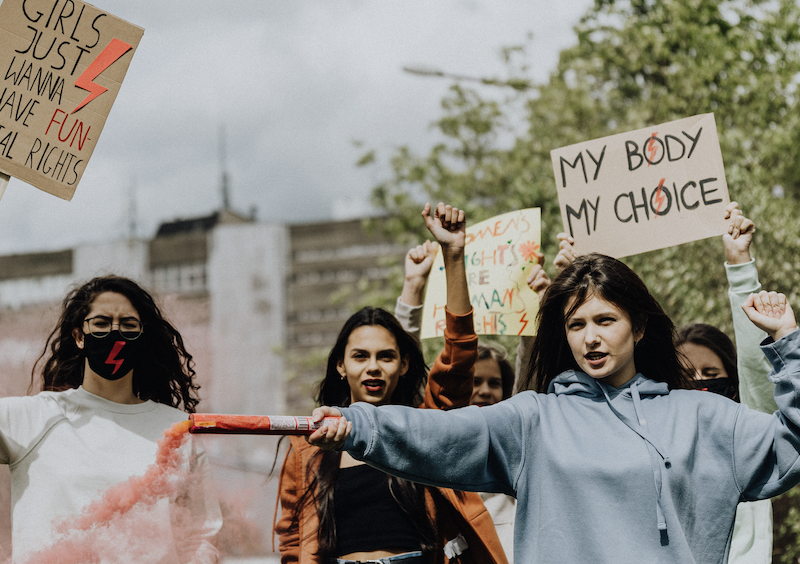 “This ruling will go down in history as one of the worst for the Supreme Court,” said Curtis Sparrer, principal of Bospar. “This is the time companies around the world should make their voice heard in their unequivocal support of women and their rights to decide what to do with their bodies.  At Bospar we are pro-woman and will support a woman’s right to make healthcare decisions for herself even if that means travelling out of state. It is an investment that’s not just right, but it is good business, too.”

In anticipation of the court’s ruling based on the leaked court opinion, Bospar surveyed over a thousand Americans indicative of the United States population and discovered a majority of Americans believe if women are denied access to abortions they will seek unsafe, medically unsupervised methods to end their pregnancies.  An overwhelming majority of Americans (72%) believe that rights already recognized under the law and the Supreme Court should not be taken away from people.

When asked how overturning Roe v. Wade would impact abortions:

Americans were divided equally (50/50) when asked if the loss of reproductive rights would lead to a dystopian future as portrayed in the Handmaid’s Tale.

Do you think overturning Roe v. Wade would make it possible for women and men to lose some, if not all, access to contraception and birth control:

Meanwhile 49% thought vasectomies and chemical castration should be required of men who commit rape.  Over a quarter (26%) said no and 25% said they were not sure.

Most Americans expect negative consequences to follow for LGBTQIA rights, such as an end to national marriage equality for same-sex couples, an end to workplace protections for LGBTQIA+ people, and re-criminalizing sex between same-sex partners. If LGBTQIA+ rights are dismantled, most Americans plan to act, with the top choice being to vote for candidates supporting LGBTQIA+ rights in the upcoming November 2022 elections.

Bospar was the first company in the nation to cover relocation expenses for staff seeking reproductive freedom following the Texas abortion ban. The agency hopes that staying on top of this important issue will convey to other companies and PR firms the importance of joining the fight. As part of its “Bospar Stands Up” initiatives, the company will pay for travel and other expenditures should a Bospar staff member need reproductive healthcare and be unable to get it in their state.

When Bospar led the nation and announced its efforts to relocate staff following the Texas abortion ban, Salesforce followed with a similar announcement the next day. Continuing to be proactive and at the forefront of the issue of a woman’s right to choose, the PR firm swiftly and strongly responded on social media, refusing to stay silent on a shocking decision that could impact so many individuals.

“No one is better qualified to make reproductive decisions for an individual woman than the woman herself,” said Chris Boehlke, a principal and co-founder of Bospar. “Not other men, or even other women.  Every situation is unique, and only the potential life-giver fully understands the implications of her decision, including what it might mean to her own body.  Where health issues are at stake, the medical community should advise but not be the ultimate decision-makers. The most basic form of human autonomy is at stake here.”

Propeller Insights is a full-service market research firm based in Los Angeles. Using quantitative and qualitative methodologies to measure and analyze marketplace and consumer opinions, they work extensively across industries such as travel, brand intelligence, entertainment/media, retail, and consumer packaged goods. Propeller conducted its national online survey for Bospar of 1,013 U.S. adults June 1-6. Survey responses were nationally representative of the U.S. population for age, gender, region, and ethnicity. The maximum margin of sampling error was +/- 3 percentage points with a 95% level of confidence.